Last week was the opening of the new MT Space (Kitchener) and Cactusbloem (Belgium) collaborative production, Black Spring, developed with technology from the Felt Lab.  It is a theatre production that crosses into art installation and incorporates live projection mapping from a maquette. 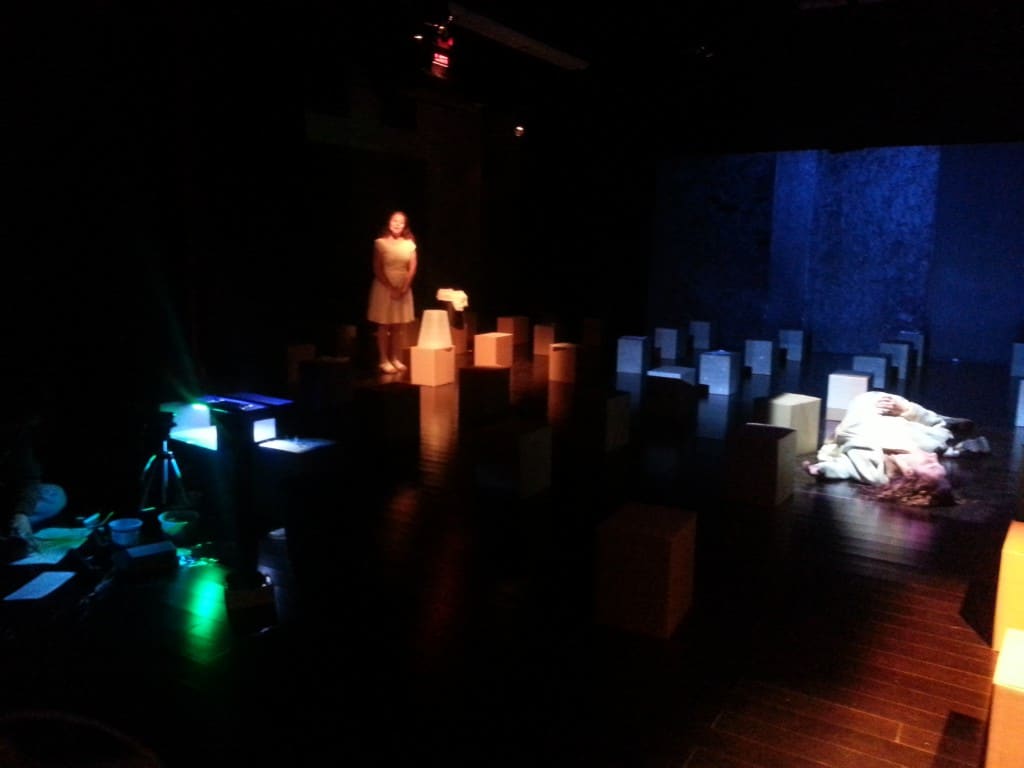 This unusual show provided an exceptional integration of several forms ranging from traditional performance to interactive technologies. But beyond the technical, Black Spring was an inter-arts multidisciplinary installation.

The traditional notion of the black box is thrown out with a production that transcends the notion of stage bringing audience and players out of traditional viewer/performer dynamic, and placing them as individuals with equal stakes within an installation. The boundaries are shattered in the genre and new rules for theatre are written.

This show is inclusive of multimedia – with three projectors and gesture controlled technologies. According to where an audience member is sat, they will receive a different experience of the narrative through different experiences with the multimedia. From a certain perspective, there is live projector mapping that reveals images that branch into an almost 3D experience. From another, there is a perspective of movement, recast in a ghostly way. From yet another, there is a gesture controlled removal of debris from a body.

Within these experiences, the audience can move deeper into the piece, experiencing the multimedia as fractured pieces of a third character or a complete fourth character depending on placement and attention. The actors work with the multimedia, and the entire show is organically responsive.

Black Spring played at the Courtyard at Bonnie Stuart – The corner of Cedar St and Whitney Pl in Kitchener with show on Friday, November 15th at 8pm on Saturday November 16th with a 2pm matinee and closing at 8pm.