“That MicroTile display is very boring. It’s a rectangle,” Bob Rushby points to a configuration of of MicroTiles at the Felt Lab.  “There are rectangles everywhere. We don’t see them because they are so commonplace. Images don’t have to be rectangular.” Rushby continues to describe the many ways displays can be configured and conceived. “Displays can be on ceilings, they can be on floors. They can be so close that you can touch them, interact with them and treat them personally.”

Rushby, inventor of the MicroTile, presented on innovation at the Felt Lab during a lunch and learn session.

The Christie Digital MicroTile invites people to step out of the rectangle and start conceiving displays from the smallest building block – the pixel. “If you get up to your TV set, you see pixels. But what if you could make pixels so small that you couldn’t see them, you could just touch them like they weren’t there – you could interact with them, you could be invited into them. What if pixels could be so good that they would look good at any distance.” 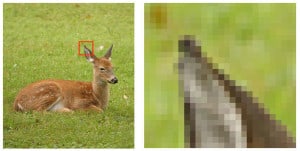 A pixel, as defined by a Google search, is “a minute area of illumination on a display screen, one of many from which an image is composed”. It can be conceived in a similar way to the dots in a comic that build the colour and shapes in an image. Close up, the dots become visible. From far, the dots disappear creating a single wash of colour. Pixels are a single point of light on a screen. In larger displays, the single points of light become visible. These are the squares seen in a lower resolution image. MicroTiles make pixels extremely small allowing for clear resolution at any distance. From far, the image is crisp and there is a unifying wash of colour. From close, the image is still crisp and the unifying wash of colour is still present

A MicroTile can be become part of a building itself by incorporating them into walls much like Lego blocks that include images. MicroTiles, when used in large number, can be made to look invisible simulating wall textures that shift into a variety of displays when the projection changes. They can be configured into endless shapes, ending the limitation and ubiquity of the rectangle.

The creation of Micro Tiles started at a meeting in Tokyo with a meeting of three engineers –  Mike Perkins, Larry Paul and Rusby. Over dinner with scotch and a napkin on the dinner table, these three tired engineers began sketching. The creation was a Micro Tile. The process to bring them to fruition was much larger.

“What makes an idea?” says Rushby. “Innovation is a badly used word. In 2013, the word just means improvement. An innovation to me is a fundamental shift in how you do things.” Rushby goes on to explains that the creative process cannot be forced. Brainstorming is a way to come up with ideas, but it is forced. Real creativity comes when a person is free-wheeling, a little tired, under no pressure, there is time to sit back and dream, and maybe the players are just a little bit drunk. By following this link you can learn more about the our team. 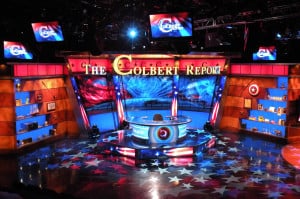 “We started just talking about improvements,” Rushby explains. The challenge was to push beyond thinking about how to improve a Christie Digital projector and build something new. There was a period of questions – what if we weren’t constrained by rectangles? Could we build anything anyone could use? What if we could put pixels anywhere? What if we built something small, like a brick in a building? What if we could deal with having as many pixels as you need and not be constrained – that they could be unlimited and used as a building material? What if we could add brightness no matter the size of the screen?

Rushby entered a period of prototyping starting with glass building blocks from Home Depot. With these he had the ability to show people how to think differently. “Testing your ideas, exposing them to others is the most important step for all. The most critical thing is to never fall in love with your own ideas,” Rushby states, advocating for innovators to talk to many people for honest feedback. The process requires iterations – exposing and testing the idea many times.

The next step is to put the prototype out there. “It’s one thing to say you are going to make a product that is easy to use,” says Rushby. “Everybody thinks they are making something that is easy to use.” In the end, the test landed to his own wife, Jane. Someone who could be a typical user – educated and intelligent but not necessarily technical. The MicroTile would be considered user-successful if a school teacher was able reconfigure them without having to call for a tech.

The MicroTile’s future will bring curved displays and several other interesting features that allow even more flexibility as a Lego-style modular display. But the initial lessons in the creation of this technology is that innovation can be as simple or complex as changing perspectives.